(an engrish version of this french text)

Fellow believer, you have a god and you obey to its commandments : not to steal, not to eat some food, do some stuff some days of the week, not to have sex with certain persons, and not to kill, except maybe those your god doesn’t like, or those who don’t like your god or don’t want to live according to its law.

Let’s not lie to each other much longer : your god doesn’t exist, and not only I know it, but you do too. If you gave two minutes of thought to this question, you know. And I also know that you know. What proves you know with certainty is that you require from myself, the atheist, the absurd demand to demonstrate your god un-exists, while you, who claims it exists, refuses to give any serious evidence of it.
We know, you and I, that if your god ever was, it would’nt need you to pray or to defend it.

You make this god to exist. Building in its name, destroying in its name, acting for it, you allow your imaginary friend to have an actual effect in our real world.
It’s a great miracle, but then you, the devotee, you have to act in consequence, to take your responsability. As you are the creator of your god, you have no right to hide behind it, to say « I’m just following its orders », to use it as an excuse to manipulate, dominate, alienate, oppress, and destroy, even whenever you’re the victim. 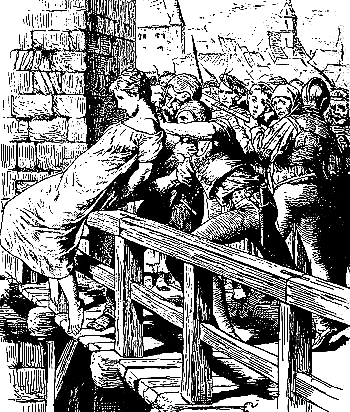 Whatever you do, you have to assume, and the god you build, as it is an emanation of yourself, you have to assume too, you are responsible of it and of what it commands. What you do in its name, you do following your own will. When it is something great and beautiful — almsgiving, painting or music —, there’s no reason to be too modest, you can be proud of yourself. When it is a crime, you are the one to blame and to punish. Your god gives you strength to do what you precisely wanted to do do, don’t shelter behind its name, you are responsible of its benefits as much as its damages.
If you want any good to your god, don’t do evil in its name. Or be doomed. Even if this word is meaningless too.

On me trouve aussi ici :